Lessons from Pachamama - The Third Gift

8 a.m. came and went, then 9 a.m., then 10 a.m.... and we had still not left camp. We packed and repacked getting ready for a quick departure at a moments notice... hoping that the planes would fly out that day. By 11 am we still were sitting on our packed bags. And it was still lightly raining.

At noon we got word: the planes are on their way! Instructions were that we would all board the same planes we arrived in. So we set out through the soggy jungle, where now there were new bogs and logs. One doesn't rush a jungle hike.

Once at the mud airstrip--we arrive in time to see the small plane that I came in on leave with random people. There goes my plane, I thought.  Now what?

I knew I was not on the next plane... but proximity seemed to matter in this rapid exit from the rainforest. We were all mindful that another rainstorm could mean some of us could be left behind for another night in the rainforest and I decided that I would like that to be with my bag... so I kept it in sight. A small plane, which I surmised would be our plane, landed  Our pilot and others physically haul this plane by its wings and tail--backing it up to make room for still another plane to land.  This most recently landed plane left first.

Eventually, it was our turn. Our pilot was concerned at the state of the short runway and decided he can only take two of us, so Loretta and I loaded our bags and boarded the plane. It splashed through puddles on the dirt runway before lifting off, clearing the tallest trees at the end of the field.  Shell here we come!

A few minutes later, to our surprise, we landed at a small dirt airstrip in another jungle community.

The pilot asked us to get out of the plane--assuring us that he will return for us in a half hour or so.  I hoped so--he had our bags. We were the only members of our group there.  I said to Loretta "I think we have been kicked off the island..."

Left to our own devices, we wandered over to a small covered patio,  There we were approached by a man.  We learned he is Sapura and is the teacher at a nearby school.  He spoke a couple of words of english and then called over his students, a half dozen other men--none of whom speak english at all.
They all had wide smiles, though, and were attempting to communicate. Fortunately, I had 20% charge left on my phone and a trusty downloaded Google Spanish language app.

What happened next involved a LOT of laughter.

We learned that the teacher is Manari's brother. he wanted to practice his English.  We traded email addresses.  We discovered that he is on Facebook!

Within a half hour, our four-seater plane returned with another member of our group in the back.  We boarded once again and the plane easily takes off from this longer airstrip.  We are on our way home.

The third gift: Trust the adventure. 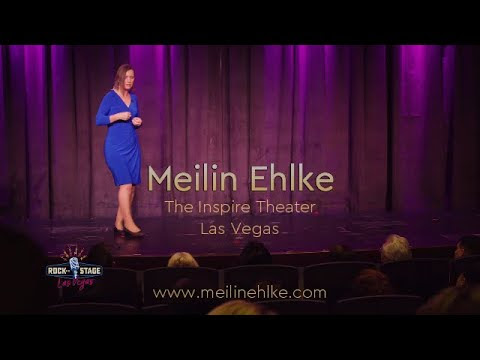 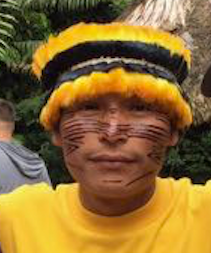