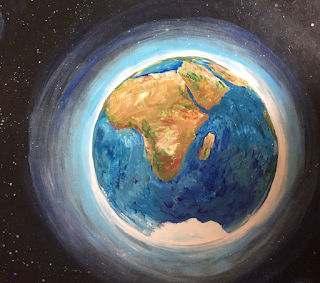 Human commerce is fundamentally destroying the biosphere (as we have known it) on our small blue planet….. So, The Sacred Universe story can remind us that each of our stories, is a paragraph in this larger story. In other words, it's our story too… it's one story (uni-verse) that continues.

We Have Been Here Before.

For example, nearly 2.5 billion years ago on planet Earth, a noxious gas, generated by some of the earliest life forms, poisoned the atmosphere and threatened all life. It even etched the rocks! Life on Earth hung by a thread. Would the story end right then and there, leaving this planet as a dead rock floating in oblivion?

Thomas Berry further suggests that humans are called and guided to a Great Work: and that everyone, without exception, has a role. Each generation has their own Great Work. The Great Work of our time is to remember our interconnection and to bring humans back into right relationship with the living systems of Planet Earth before it is too late. He proposes that we not only have the capacity to turn our own situation around, we each have a unique role that only we can play.

We are stardust transformed over 13.7 billion years. Each and every one of us is called to connect with our inner life force and with the needs of Earth and her inhabitants. We must understand both who we are and what is ours to do at this moment in Earth’s history.

Form this moment forward, it is time to awaken the dreamer and create a new dream, a New Story. 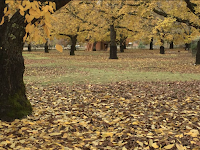